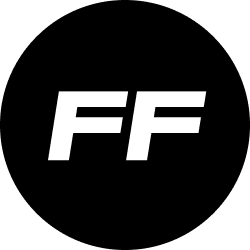 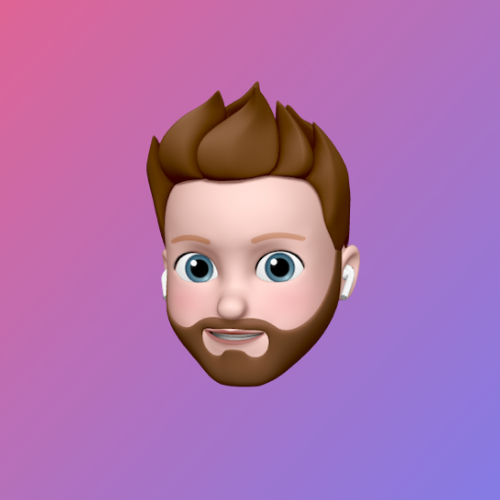 So far, there are no comprehensive outlets that have truly covered the depth and breadth of the social token space.

That’s where Project St. Canon comes in: over the past ten weeks, our writer’s guild has put together a canonical list of resources spanning various topics, themes, and trends pertaining to digitally native token communities.

We wanted to create this canonical report, but we also wanted to run a new kind of experiment in social curation: once we aligned on weekly sections, we put up the contents of each report to a community vote, democratizing the content creation process. Forefront token holders selected their favorite resources, people, and projects that would form the official output of each canon section.

Today, we’ll take you through the foundations of our experiment, the outputs of our work, and the lessons gained from this first ever experiment in collective tastemaking. Whereas we set out to create a playbook for community content curation, this write up is more of an investigative summary of our learnings, with some implications and teasers on our next experiment!

We started Project St. Canon with a few key questions in mind:

From the very get go, we landed on the mechanics of Mirror’s Write Race as the most efficient way to tackle community token voting and curation. Mirror is by far the most seamless way to experiment with collective decision-making, and one of the lessons we learned off the bat is how effectively we can track metrics and output through the platform.

To give ourselves breathing room in between sections, we decided on a biweekly cadence for publishing our separate canon sections—changing one variable per report so we could better control for outcomes and track the validation of our various hypotheses.

Structured below is the rundown of the core variable sets we iterated on for each section:

Ultimately, participation in the Canon lost steam following each edition—our fifth edition, which we internally thought to be the strongest yet, had the lowest community turnout.

Per our original goal, these key takeaways and suggested countermeasures are an attempt at redefining the playbook for collective tastemaking. We clearly have a lot more to experiment on, but have learned so much so far.

Over the weeks, we struggled coming up with new ideas as we didn't optimize for a specific outcome. Without clear KPIs, we’ve been trying different ideas that were going in different directions.

With this experiment we could have optimize for two possible outcomes:

By not sticking to one of those outcomes, we didn’t optimize and ended up losing energy in not crucial tasks.

Takeaway #2: Keep it short and sweet

Originally, we wanted to release 7 sections. However, considering the time it would have take and the reduced engagement we received edition after edition, we decided to cut down two sections that we thought were already widely covered (Top Creators and People to follow on Twitter). Even 5 sections may have been too long given how participation dwindled for the Best Essays section.

In hindsight, we also should’ve made the lists more digestible as well. People have a very short attention span, and with some of our lists running as long as 25 entries, there’s a high chance most people scrolled through the first few and closed out of the list. When making lists for engagement, it’s important to highlight important categories and keep the lists digestible.

Takeaway #3: Watch out for whales

We also talked about implementing quadratic voting and paying the winners $FF depending on their number of the vote (1 vote = 1$FF for the winners). While quadratic voting typically better democratizes the decision-making process, we found that the mechanism here actually created more inequity.

In every category Forefront was nominated, we won—naturally, given that our community holds the greatest share of $FF. If we want to truly integrate new networks in the voting system, we need to find a way to account for the whales. Unfortunately, Mirror Write Race doesn’t support more versatility with their token voting process—we can’t enable other tokens to vote on our Mirror posts, or limit the number of tokens participants can vote with.

In the future, we’re considering creating our own voting mechanism via a token-gated link only accessible by $FF holders, who can then vote through a basic script. We’ll have to rethink the UX and development here, but this is something we’re considering for our next creative experiment (more on that later!)

This was a big one. Our team of five people manually curated each section, jamming out and adding entries in that fit the criteria. We used this resource [https://www.forefront.market/learn/social-tokens/projects]  shared by Carlos to come up with the criteria for each category. Instead of curating the nominees ourselves and asking $FF holders to vote for their favorite, we would have created more momentum by asking the community to curate the nominees directly. By involving the community early on, members would be more inclined to participate in voting later on. We thought about implementing an idea similar to this in the curation channel. People submit potential entries for the future section, and if chosen in the final list, we tip them a certain number of FF tokens. (8 FF)

Takeaway #5: Incentivize with our members in mind

What do participants gain from voting on each edition? What is the reward for collective tastemaking? Voters are $FF holders, and needed more incentive within our community—specifically, financial ones. Considering the current number of $FF token holders, perhaps a low participation rate was to be expected; in this case, our primary focus should have been on increasing signal and accounting for incremental gains.

We considered putting our marketing budget towards a prize for the communities who received the most engagement on their posts, once we’d reached out to them regarding their nominations, but ultimately didn’t implement this in time. As we continue to expand on what it looks like to create with community, we’re focused on adapting our incentives based on our evolving core audiences.

People management and guild HR is something mwe still haven’t collectively solved for. We’re still learning how to most effectively leverage the decentralized community structure: rather than creating true autonomy and mobilizing the team as a whole, the canon project felt a lot more centralized, with Eliot pushing all the momentum and people chipping in sporadically where they could. Perhaps Takeaway #5 applies here, too: in what ways could we have better engaged our team members to contribute high quality, consistent work?

In an ideal setting, we would have also leveraged the power of the DAO to tap into different guilds—we would have loved to create infographics to add to our SEO, but didn’t have the internal bandwidth or the systems in place to engage with members of the design guild.

We learned a whole lot over the course of these past 2.5 months. Returning to our original questions:

Project St. Canon left a lot of these theses unanswered. As the first ever experiment in collective tastemaking, we didn’t account for the growing pains that would encompass such an experiment. Instead of being able to focus on answering the right questions for our playbook, we spent a lot of these ten weeks learning how to better structure and execute on the process.

Project St. Canon focused on the curation and synthesis of existing content—but our Museum project will center on creating new content from the current. Taking the learnings we garnered from our first phase of experimentation, we’re involving the community from the very start: every two months, the $FF community will align on an exhibit theme, spending the subsequent four weeks sourcing the best “artwork,” exhibitors, and thought leaders to showcase in our gallery.

Instead of focusing purely on what’s out there, we’re giving our social networks time to create custom exhibits to present in the $FF Museum—from podcast interviews, to NFT drops, to intentional written work, to new media, and more. We’ll see these exhibits presented gradually, over the course of the following month, giving the audience time to really engage with and digest the essence of the exhibits. With this extended timeline, we hope that we’re able to merge beyond the Forefront community to connect with the communities that play a part in our gallery.

There’s more to be done in the conceptualization of our Museum project—but the outcomes of Project St. Canon provide a strong foundation for thought. We’re excited to keep you updated on our progress and learnings as we continue to build towards a better, more comprehensive playbook on collective tastemaking. Until then—take the time to check out the best of the best of our Digital Economy Canon in our final report!

Thanks for being here 🔥